is being put into full operation

The right lock chamber of the Gabčíkovo Waterworks, which has been upgraded and modernized since 2019, is now in full operation (from Sunday noon). VODOHOSPODÁRSKA VÝSTAVBA, ŠTÁTNY PODNIK (VV, š. p.), together with the contractor, have successfully completed the trial operation.

After nearly thirty years since the Gabčíkovo Waterworks was commissioned, this is the most comprehensive modernization of lock chambers to date. The works are carried out within the European project “Upgrade of Gabčíkovo Locks”. In the coming weeks, the upgrade works are scheduled to start in the left lock.

“The commissioning of the upgraded lock chamber is an important milestone for us. We are glad that we have managed to meet it and we believe that the comprehensive modernization will bring a significantly safer and faster crossing through the Gabčíkovo lock chambers,” said the General Director of VV, š. p.  Mr. Vladimír Kollár.

You will also find below:

Modernization of the operation of the lock chambers, increasing safety, reliability and intensity of navigation are among the key objectives of the project. The most visible transformation within the modernisation has been the upper and lower gates of the right lock chamber of the Gabčíkovo Waterworks. Their function is to separate the space of the lock chambers from the level of the so-called upper water in the intake channel and the lower water in the outfall channel. The gates must withstand enormous water pressure, as the level difference between the upper and lower water in the outfall channel is approximately 22 meters.

In the case of the lower gates, it is a steel structure with two wings, one wing of weighs approximately 550 tonnes. In addition to the lower gates, the upper gates were also replaced as part of the modernization. They are parabolic in shape, use buoyant force to open and close and have a special safety feature in the form of so-called replacement flap top gate. Another major transformation has also been made to the dynamic protection system, which provides protection for the upper gates and the bridge deck against the effects of vessel impacts. An innovated unit in the right lock chamber is the hydraulic system of filling and emptying the chamber. This complex system was modified mainly by replacing the control valves in the channels through which the filling and emptying of the chamber is realized as well as by changing the speed of water flow in the system in relation to the time course of movement of control valves on the inlet and outlet part of the lock chamber. As part of the project were also implemented in the right lock subsoil stabilisation measures. In order to achieve efficient operation and increase navigation safety, a new expert control system of traffic management was created.

Work on the project has been negatively impacted mainly by the situation regarding the COVID-19 pandemic and unforeseen conditions during testing and commissioning, which affected the deadline for the completion of the lock upgrade. 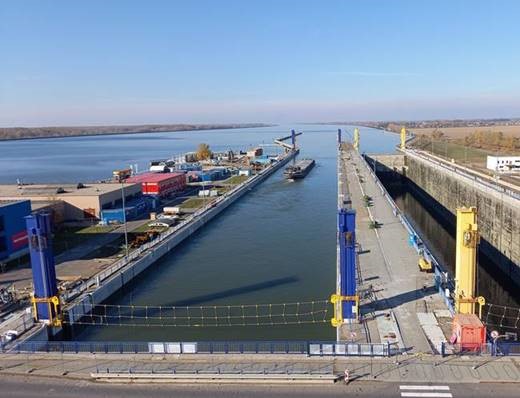 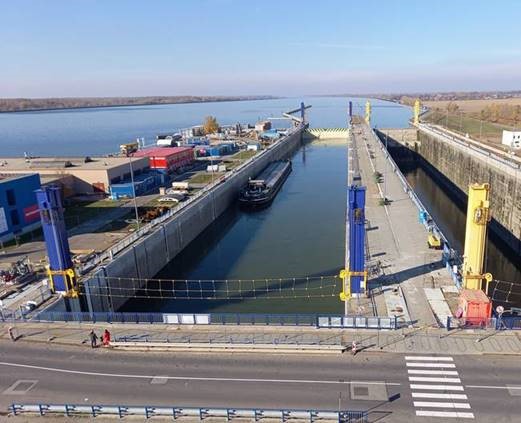 Modernized right lock of the Gabčíkovo Waterworks is being put into full operation2021-11-092021-11-09http://gabcikovolocks.eu/wp-content/uploads/2017/06/logo_gl_big_1.pngGabcikovolocks.euhttp://gabcikovolocks.eu/wp-content/uploads/2017/06/logo_gl_big_1.png200px200px
The sole responsibility for the content of this publication lies with the authors. The European Union is not responsible for any use that may be made of the information contained therein.
Copyright - Upgrade of Gabčíkovo locks project. All Rights Reserved © 2017